I've been terribly busy, so I had no chance until now to remark on the passing of William F. Buckley, my favorite conservative (and everyone else's, too, I guess.) As a longtime newspaper reporter, I was delighted by the title of Mr. Buckley's latest book, CANCEL YOUR OWN GODDAM SUBSCRIPTION. My wife, the librarian, who apparently doesn't take very many angry calls from readers, could not make out why the title amused me so much.

Reason's Hit and Run blog posts many interesting notices on Buckley, including this interview with the magazine. Interview on NPR's "Fresh Air" is here.
Posted by Cleveland Okie (Tom Jackson) at 4:00 AM No comments:

From Sandusky to the stars 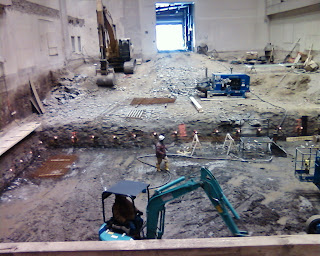 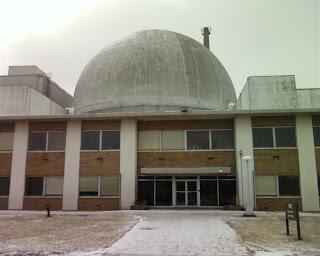 One of the fringe benefits of working for the Sandusky Register is that I get to cover NASA Plum Brook Station, a nearby NASA facility that tests spacecraft. Here I offer two views of the Space Power Facility. Inside, workers are installing a noise and vibration testing equipment that will be used to test spacecraft for Project Constellation, NASA's project to send astronauts to the Moon and Mars. The dome is above the SPF's world's largest thermal vacuum chamber, which replicates the cold and airlessness of space and was used to make sure the Mars rovers would land safely. 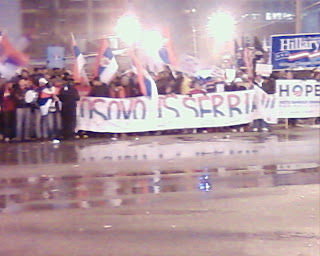 I'm at the Wolstein Center at Cleveland State University, covering the Obama-Clinton debate for my newspaper, the Sandusky Register.

Biggest initial surprise: I heard demonstrators, so I walked over to hear who was making the most noise -- Obama followers or Clinton folk. The answer was neither -- it turned out almost all of the noise was coming from Serbian nationalists protesting the Bush administration's decision to recognize Kosovo as an independent country.
Posted by Cleveland Okie (Tom Jackson) at 4:47 PM 10 comments:

Republican candidate in Sandusky: I DID NOT snub my dog ("Now how do you give a dog the silent treatment?") 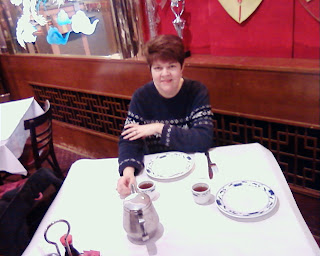 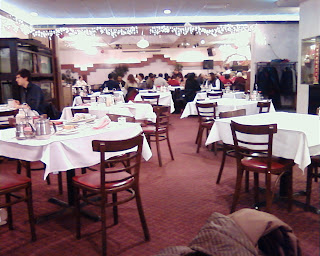 We each had an entree and we each ordered soup. The waiter first brought my entree, then brought our soup, then brought our rice, then finally brought Ann's entree. He seemed puzzled when we pointed out he didn't bring us the soup first. I have no idea if this was bad service or the way genuinely authentic Chinese restaurants do things.
Posted by Cleveland Okie (Tom Jackson) at 8:08 PM No comments:

You said it, Chuck